7 habits before starting a new project 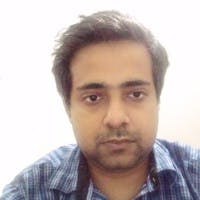 Hello developers, If you are given an option to choose between starting a project from scratch and projects that are running for years, you will never think about the second option. Because a scratch project will give you more control and you will also have the opportunity to learn again.

In running projects, we especially don't care about the architecture because it is already there whether we like it or not. We just need to write our code in a way that keeps pace with.

So what I thinking that what minimum but unavoidable points that a developer needs to check before starting a project, that's why this article is all about. I know developers are smart and may have their own checklist some may be common so still, its sharing is worthy, I think.

Most of the developers have a personal choice of language and also its framework. So active language and active framework is need be considered first. Sometimes we made our self reluctant to setup a framework and build a project by using our own framework version that should be avoidable if possible. An extra benefit is for using active and popular framework, if someone else will be in this project in the future, in this case, a new developer can understand its flow as the framework will set the same rules for north pole developers as well as south pole developers.

Whether developers using Filezilla or CI/CD application, there is always the first thing to keep in mind that the codebase should be in the repository. It will help you a lot. I do not want to write about code repository features here, it's a separate topic. But nowadays it has been used as mandatory skills. So one must consider it as the same priority as his/her code.

3. Don't repeat though it is small

We write codes.It's good but we sometimes repeat. So if you have any thought in your mind when writing code that somewhere else this code has been written better write function or methods. If someone not so reluctant he/she should consider this point. Believe me, it saves you in the future a lot.

Though comments are maintained by most of the developers but still a proper commenting is essential to represent the block of code as a story. The comment will behave like it will tell you a story when someone reads the block of code. So that whenever the developer (you or a new person) come in later days they can easily understand the logic so that they need not depend on the developers fully.

We debug when issues arrived but what if we put generic logging for any exception, logic so that primary inspection can be started by checking logg file first. Segregate the logging file daily or hourly if possible, so that we can easily come up to a conclusion.

At least ask the client or whoever the concerned person is there about the business logic so that you have at least get an idea of what clients actually need before what you need to deliver. Communicating before writing code is always a good habit that eventually will help you understand the process flow.

Yes, we always talk about the code but sometimes we need to talk about the process, architecture so that our life can be less hard. I hope some developers will get an idea or help from this article. If you have an extra habit that the developers should know please don't hesitate to comment on them.